What is the Future of Autonomous Vehicles?

Today’s vehicles are complex machines with intricate technology and advanced capabilities. As the industry continues to grow the electrification of vehicles, the goal will be to advance driver systems and software so that they achieve the requirements for product safety. The complete shift into a mass implementation of electric vehicles (EVs) forms the question of what the future of autonomous vehicles (AVs) looks like. Currently, an autonomous future would consist of augmenting the autonomous features already integrated into vehicles to the point of operating without human intervention. These autonomous features already provide different levels of driver assistance, which provides reassurance that vehicles will perform safely. 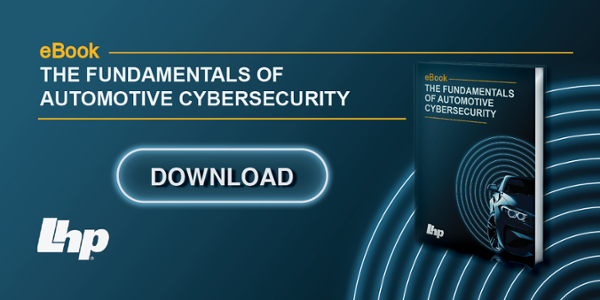 More testing, verification, and validation will be required to demonstrate that fully-automated vehicles can show that same level of dependability, as the industry takes autonomous features to the next level in the future. In addition, manufacturers’ collaboration with government entities, subject matter experts (SMEs), and companies will create a stronger level of trustworthiness. This way, the industry can ensure this newly-formed environment is safe and dependable. It is unclear what that timeline looks like, but the achievements made so far imply a fully autonomous future is more than possible.

To further discuss what the future of autonomous vehicles looks like, it is necessary to define what autonomy is in the automotive realm. Autonomy can be described as a vehicle’s ability to achieve the state or characteristic of performing with a high degree of self-determination. This performance is defined by standards focused on functional safety and processes that meet certain criteria. The development of vehicle automation includes:

Data is frequently collected, communicated, and analyzed using AI software integrated into autonomous vehicles. Using machine learning, this software simulates different real-world scenarios so that the vehicle’s driver systems can execute actions without human influence. The development of autonomous vehicles requires the integration of mechatronic hardware, in addition to software. Mechatronics is a discipline within engineering that incorporates mechanical and electrical engineering to design processes and products that advance the mobility of automotive products (i.e. – equipment, components, subsystems, and vehicles). ADAS systems like Light Detection and Ranging (LiDAR) technology help develop vehicle automation as well. LiDAR systems were introduced as early as the 1960s—shortly after the laser was invented—and have since been constructed in various applications, such as:

… and, modern transportation. Vehicles with LiDAR have minuscule sensors embedded in their compartments that extract and communicate data into software that helps these vehicles react properly in real-world scenarios.

These aspects are important for advancing autonomous vehicles. Engineers are constantly building products to achieve specific autonomous capabilities, meaning that vehicles would be capable of functioning in both predictable and unpredictable driving scenarios. The industry must continue advancing the autonomous features and systems integrated into vehicles to reach an autonomous future. Once vehicles can consistently demonstrate these capabilities safely and dependably, more highly-intelligent vehicles will be developed. 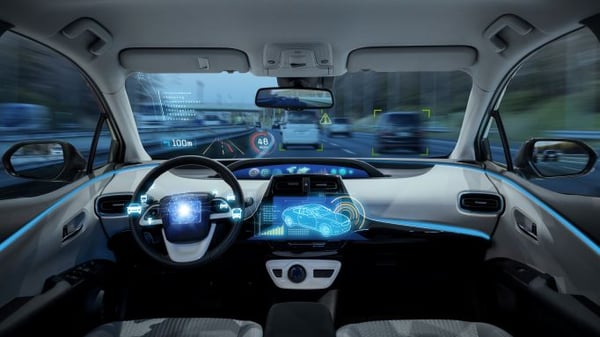 How are Autonomous Vehicles Defined?

The autonomous vehicle (AV) is a transportation device capable of sensing its environmental situations and operating different aspects of driving without human intervention. The measure of vehicles’ autonomous functions lies within a spectrum describing the degree of autonomy a given vehicle is capable of. On one end, vehicles could have different autonomous features integrated into their mechanical systems that may still require driver intervention. On the other end of the spectrum, autonomous vehicles could achieve driverless operations. We have already seen autonomous features within some electric vehicles (EVs), but the other end of this spectrum remains a speculative desire for the future of automotive.

The first autonomous vehicle was developed in the 1980s, but projects and experiments have been conducted since the 1930s. Since then, different progress has been made to place the automotive industry in its current phase. This era of autonomy has already made itself known, but with each level of autonomy, much more work is needed to evolve to full vehicle automation without human driving involved. The Society of Automotive Engineers (SAE) International, a U.S.-based global association and standards organization, describes the six levels of driving automation in vehicles on its website:

It is important to note that the industry has only achieved SAE Level 2. The vehicles currently on the road are only partially integrated with such advanced technology and have several phases of evolution to complete before reaching SAE level 5.

How Does Functional Safety Impact the Future of Autonomous Vehicles?

Functional safety can be defined as the integration of protective functions that optimizes a product or system’s safety, minimizing the chance of failures. The functional safety ecosystem consists of six areas:

The development processes within each of these areas need to comply with the latest industry standards, specifically, with the functional safety standard ISO 26262 which defines the requirements for achieving safety in all road vehicles (excluding mopeds). To continuously integrate protective functions in EVs and AVs, the automotive industry must properly develop systems and components in compliance with this standard. The implementation of functional safety will directly impact the future of AVs because the requirements that ISO 26262 define ensures the overall safety and reliability of these advanced transportation devices.

What are the Key Considerations for Reaching an Autonomous Future?

The immediate benefit an autonomous future would provide is improved safety. A world with AVs functioning on the road suggests there would be a significant decrease in car accidents caused by unpredictable and reckless driving. This mitigates vehicle users’ exposure to risk while commuting to different places. Traffic is another daily concern that autonomous driving can address. Utilizing AVs for fleet ridesharing helps limit road congestion by maintaining a safe and steady flow of production. In turn, there would be a decrease in the number of vehicles producing harmful air pollutants. Overall commuter travel would become more efficient as people utilize AV fleets and ridesharing services. These benefits of autonomous driving would alleviate some of the issues drivers face daily. To experience these benefits in this autonomous future, roads would need to contain roads full of AVs communicating and operating with each other without any human intervention present.

Additional benefits would come from expanding electric and autonomous features to more diverse transportation devices. One example of this expansion could include electric motorbikes (e-bikes). E-bikes are smaller in size compared to EVs and AVs, so there may be scenarios where utilizing automated bike services is ideal. At the same time, e-bikes would transport a smaller number of passengers, nor could they carry any belongings in the same way vehicles could with trunk space. Having the option to choose between different automated transportation devices would still provide various options for people to choose from daily.

Companies are also trying to figure out ways to incorporate fleets of electric semi-trucks. These early ideas can be expanded to include autonomous semis that deliver shipments without drivers. Automotive is constantly trying to develop innovative products, so there are endless possibilities for newer forms of transportation that have not even been thought of yet. Though just a concept, any new creation of autonomous transportation devices would provide additional benefits for the automotive realm.

Although the aforementioned benefits show the advantages that autonomous vehicles would provide, let’s also identify the constraints that may arise in this journey toward an autonomous future as well.

Some key constraints derive from external factors. For example, it is unclear whether Original Equipment Manufacturers (OEMs) can receive the raw materials needed to develop autonomous products and systems consistently. With recent disruptions in the supply chain, it is important to consider how the delivery of resources and flow of production will look as the industry continues to develop this autonomous future. If there are continuous shipment delays, OEMs cannot maintain steady progress in developing autonomous vehicles.

Another potential constraint pertains to how an autonomous future would directly impact the employees in relevant markets. Successfully achieving the mass implementation of autonomous vehicles will surely create disparities for those working within these careers:

As previously mentioned, the industry is actively examining ways that autonomous semis can be beneficial. If autonomous semi fleets thrive, the removal of truckers is imminent. In addition, chauffeuring services will especially be affected by the growth of AV services. Imagine limousine companies that adapt to vehicle automation and remove drivers from their customers’ concierge experience entirely. In turn, autonomous driving will also impact ridesharing (i.e. – Uber) and taxi service employees, because people will be required to utilize AVs more once human driving dissipates. The number of vehicle owners will decrease, encouraging people to commute via autonomous driving services. This aspect of vehicle automation indicates a significant economic and financial shift that would need to be addressed.

Even after examining the external constraints of trying to evolve toward autonomy, there will also be constraints relative to engineering. For example, the implementation of electrified systems and autonomous features will likely still involve intricate datasets and complex AI programming.

The product development of EVs and AVs will be directly affected because these machines contain components (i.e. – sensors, cameras) that collect, communicate, and analyze data. This data helps simulate the unpredictable real-life scenarios these vehicles have to adapt to. As the industry advances from one level of vehicle automation to the next, more data will be needed to achieve stronger automated driving features.

This increased demand for data raises the question of how larger, more complex datasets will affect the engineering involved. If larger quantities of data are required, will that aspect affect the amount of storage AVs can handle daily? Essentially, the answer is yes. Vehicles with autonomous support features already store certain amounts of data daily, and a fully autonomous vehicle would need more data storage to operate without human driving.

There aren’t specific dates that indicate when the industry will reach an autonomous future. The immediate future consists of the electrification of vehicles and reaching milestones that continue growth in that market. Manufacturers will continue integrating EVs with autonomous features with hopes of reaching higher levels of vehicle automation. Autonomous systems must be made in compliance with the automotive standards and requirements that ensure the safety, reliability, and security of their performance once delivered in the market. Once they can be verified and validated at one level of vehicle automation, the same will be required at the next level. Each advancement toward a stronger level of complexity will transform modern transportation and its technology forever. 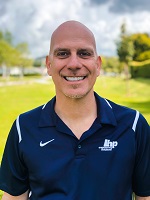 What is Competence Management in Functional Safety?

What is HIL Testing?